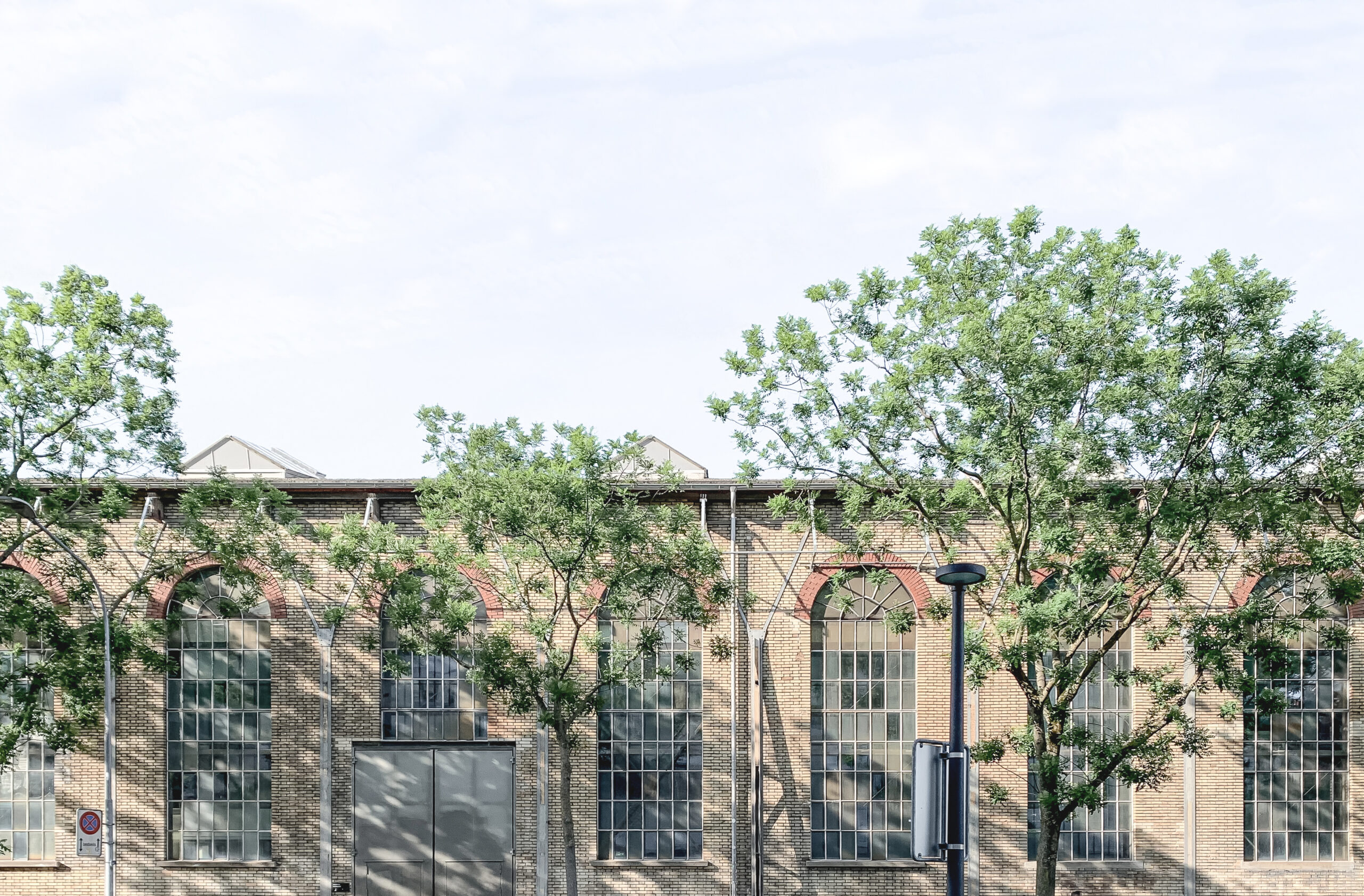 We – Andreas Bertsch, Beat Brändli, Patrick Bonzanigo and Christoph Peter – are a group of independent attorneys-at-law operating out of a common office under the name «Schiffbau Rechtsanwälte». Each attorney conducts his mandates on his own responsibility.

We are all attorneys-at-law with a broad background in business law and assist our clients both with legal advice and in legal proceedings. With our different professional focuses and a shared interest for precise and efficient legal work, we create synergies and can provide advice that extends beyond narrow legal areas. Upon request we can undertake specific projects as a team and, when necessary, cooperate with external experts an attorneys-at-law with whom we have established relationships.

We work in German, English, French, Italian and Portuguese and can thus represent our clients in a variety of languages. In international cases we can activate our personal network of lawyers in adequately sized law firms abroad, who share our commitment to the needs of our clients and to pragmatic solutions. We value a personalized and agile mandate handling, which considers also economic, strategic and communication aspects at an early stage. We strive to devise creative and efficient solutions in cooperation with our clients. If disputes arise, we advise our clients on ways to minimize risks and avoid litigation. We regularly contribute to timely resolutions of disputes through negotiations. However, we are not afraid to litigate when needed to enforce the rights of our clients. Along with our legal practice we are also involved in teaching, as experts or in committees and institutions and are regularly engaged as speakers in our preferred areas of the law.

Our clientele is diverse. Our services are aimed at entrepreneurs, private and public entities, authorities as well as individuals from Switzerland and abroad. We represent and advise start-ups as well as established businesses, investors, families, companies, shareholders and corporate bodies, developers and building owners, planners, architects, engineers and constructors, landlords and tenants, employers and employees, creative professionals, artists and cultural institutions.

Our main expertise is in the following fields: 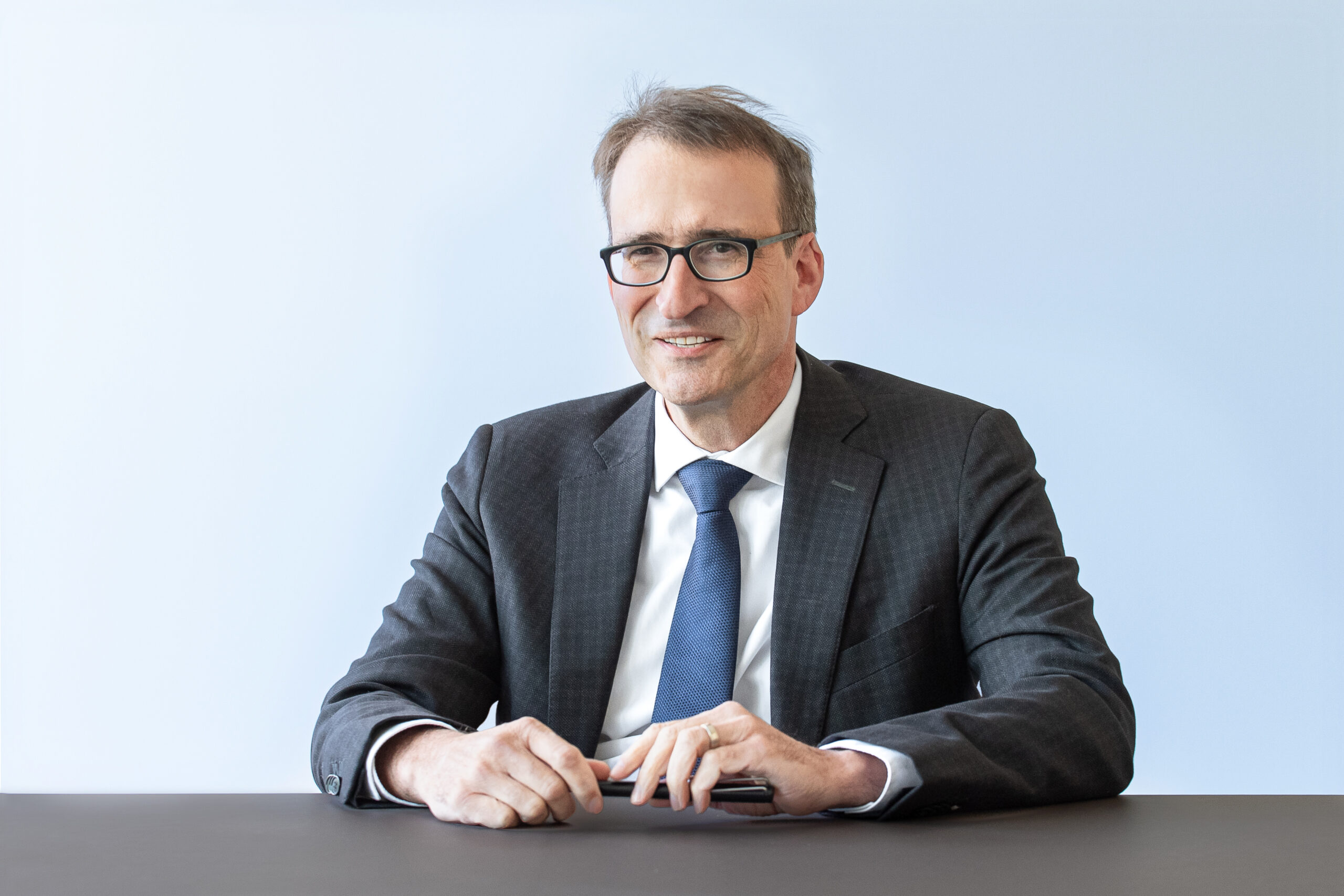 During his studies at the Universität St. Gallen HSG Andreas Bertsch worked as academic assistant to Prof. Dr. Alfred Koller. He graduated in 1993. Thereafter he clerked at the then District Courts of Alttoggenburg and Wil. He was admitted to the St. Gallen Bar in 1995 and was employed as attorney in the law firm Schoch Auer in St. Gallen. In 1997 he earned the LL.M. degree with specialisation in international trade law and in European law at the University of Essex. From 1997 to 2001 he worked as an attorney with the law firm Nobel & Hug. Andreas Bertsch is an independent attorney-at-law in Zurich since 2002. 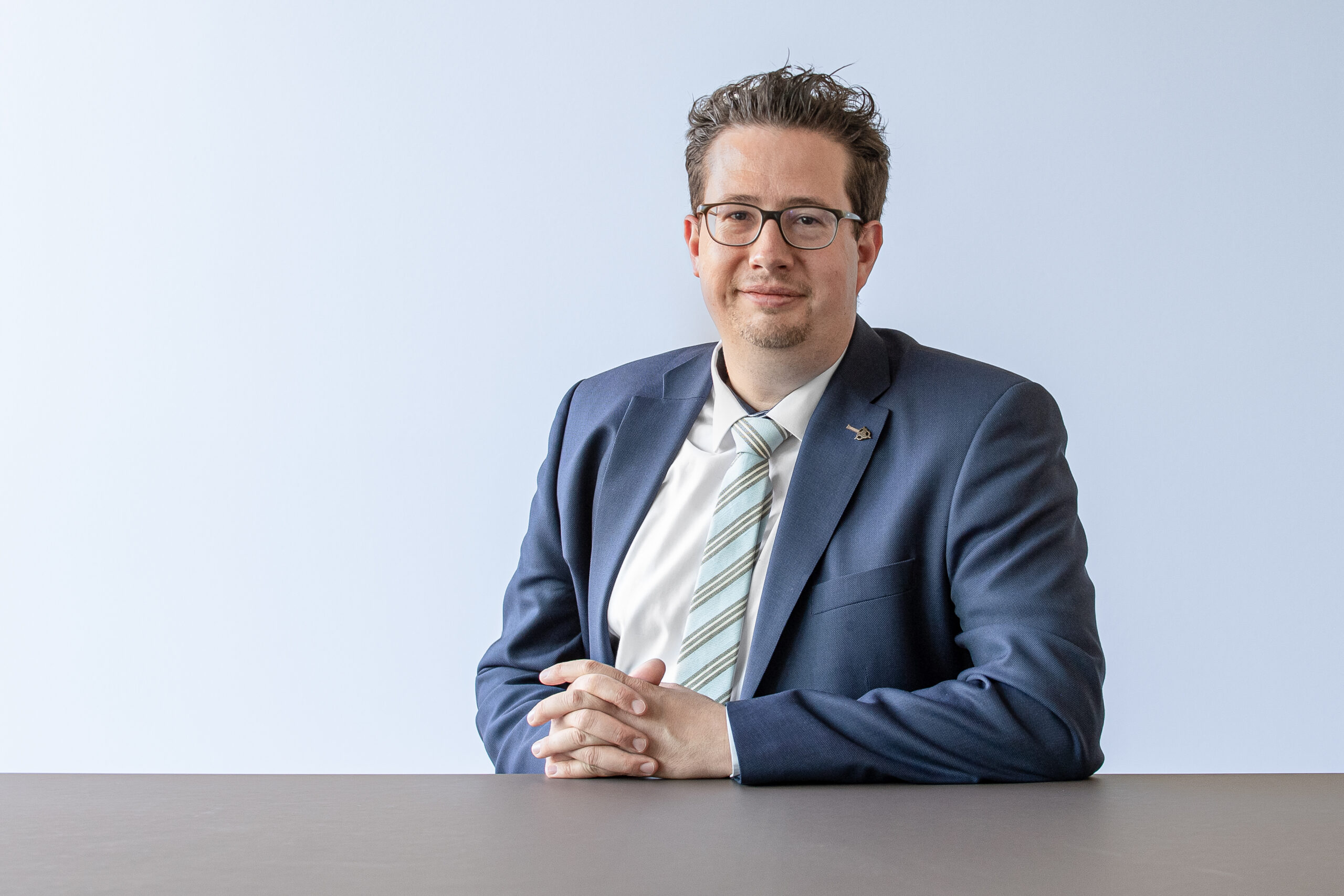 Beat Brändli studied law and economics at the University of St. Gallen with an exchange semester at the Stockholm School of Economics (SSE) and completed his Master’s degree in 2009 (M.A. HSG in Law and Economics / lic. iur. oec.). Between the Bachelor (B.A. HSG in Law and Economics) and the Master studies he graduated from the Swiss Army Officer School in Emmen and received a certificate in leadership recognized in civil life as well. He then worked in Schaumburg and Chicago (USA) for a large Swiss insurance company in project management. During his Master studies in St. Gallen, he worked part-time for a listed company as a legal advisor to the investment management. Subsequently, he completed his doctorate and was an assistant to Prof. Dr. Peter Nobel at the Universities of St. Gallen and Zurich.

He completed his legal internship at the Commercial Court of Aargau and at a Zurich commercial law firm. He also worked as an extraordinary clerk at the Superior Court of the Canton of Aargau. He was admitted to the bar at the end of 2013. From the beginning of 2014 until the beginning of 2016, he worked as a lawyer in a renowned Zurich commercial law firm. On February 2016, he was appointed Assistant Professor for Business Law, with focus on Corporate Law, at the University of St. Gallen. From August 2019 to July 2020, he also held the Chair of International Business Law and Law & Economics at the University of St. Gallen. At the beginning of 2018, he was a Visiting Scholar at Harvard Law School in Cambridge (USA); in the fall of 2019, he was invited to be a Visiting Professor at Insper University in São Paulo (Brazil). To date, he teaches as a lecturer at various Swiss and foreign universities and colleges and regularly publishes on business law topics (see list of publications).

At the end of March 2022, he was appointed by the University of St. Gallen as a Privatdozent (PD) in Commercial Law, Law of Civil Procedure and Law & Economics as of August 1, 2022. At the end of June 2022, he was appointed as a Full Professor at ZLS Zurich Law School. He is also an editor of Weblaw’s digital case law commentary in the areas of corporate law, financial market law and law of civil procedure (dRSK).

Since 2017, he has been a part-time district judge at the District Court of Baden. In this function, he is directly elected by the people (district of Baden) and thereby officiates in major civil and criminal cases. 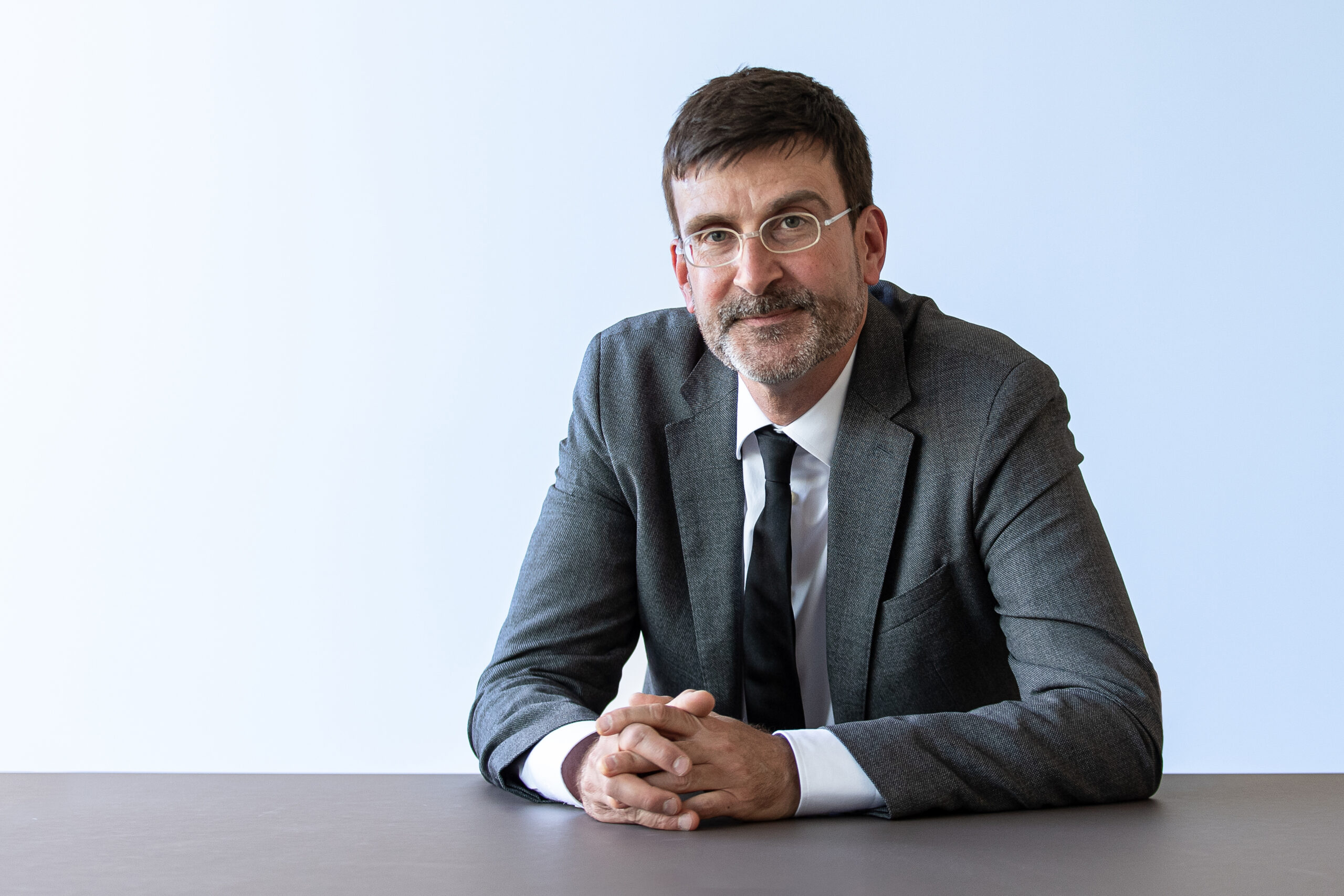 After completing his law studies at the University of Basel (lic. iur. 1997) and subsequent art studies at Schule für Gestaltung Basel, Patrick Bonzanigo initially worked as a scientific assistant and as a legal intern at Nobel & Hug Rechtsanwälte, a business law firm based in Zurich, and then at the Basel law firm Delbrück & Schnyder. Having been admitted to the Zurich bar (2002), he practiced as an attorney at Ritter & Schwaibold Rechtsanwälte (2003-2010, Partner since 2007) and as a consultant in the field of planning (2011-2012) in Zurich, until he joined the internationally oriented law firm Bolla Bonzanigo & Associati in Lugano at the end of 2012.

Over the years and based on a wide-ranging practice as a business attorney in different legal contexts and language areas he developed a focus on advising for businesses in contractual and regulatory matters, transactions, planning and real estate matters. Parallel to his professional activity, in 2015-17 he obtained a Master of Advanced Studies in Spatial Planning at ETH Zurich (spatial planner MAS RP ETH, 2017) and then directed the postgraduate programs (MAS, DAS and CAS) in Spatial Planning and served as a lecturer at ETH Zurich from the end of 2018 to 2021. Patrick Bonzanigo also has experience in various parts of the country as a member of expert boards, competition juries and institutions in the fields of planning, urban design and cultural heritage and is involved in different panels and organizations in these areas. He has a teaching assignment on law and design at ETH Zurich and is a regular speaker on topics at the intersection of planning, urban design and law. 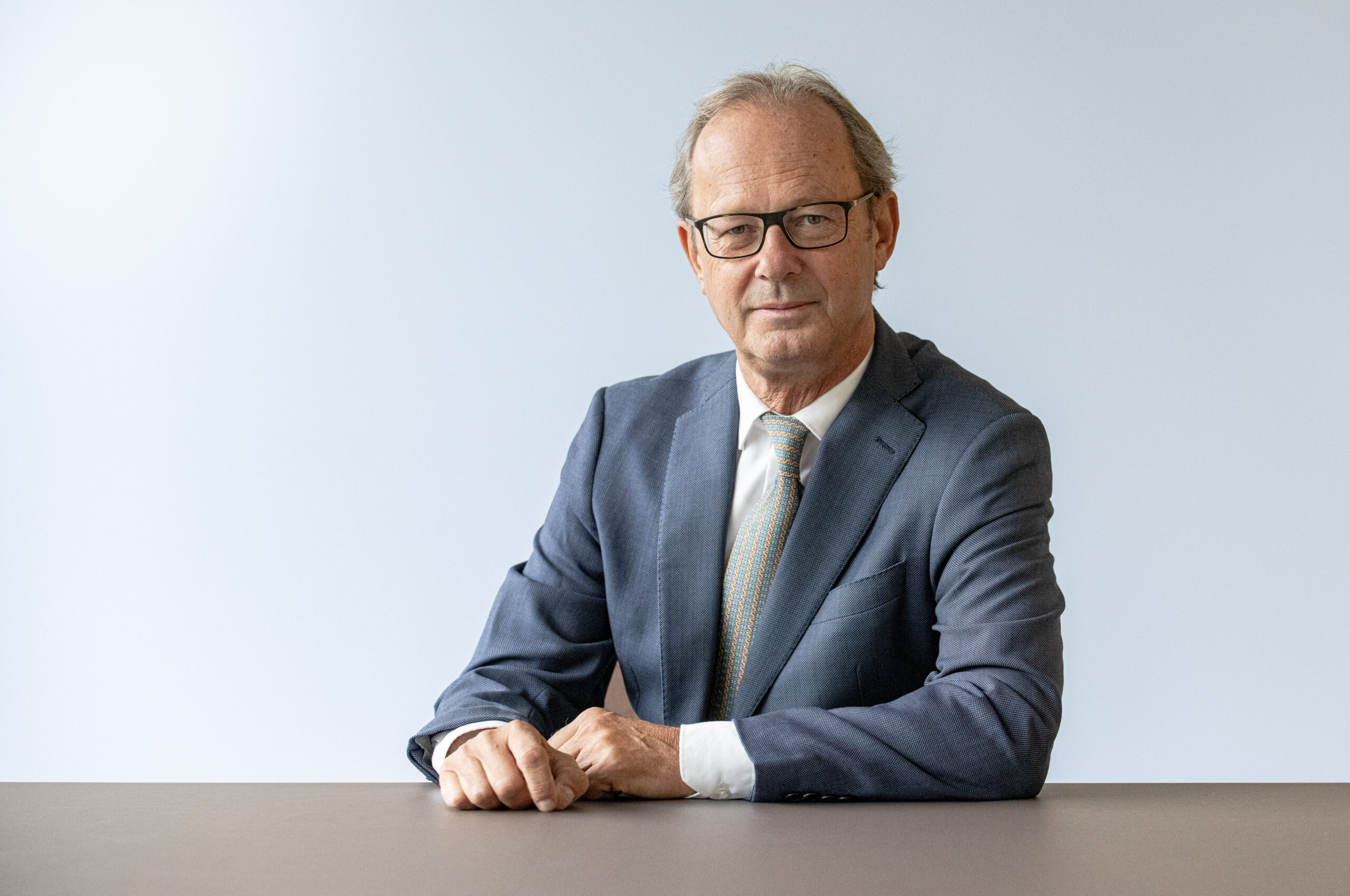 After graduating from the University of Zurich in 1985, Christoph Peter first worked for one year at a Swiss District Court (1986/87). He then joined the law firm Nobel & Hug in Zurich and was admitted to the bar in 1988. In 1991, his doctoral thesis on aspects of insider trading was accepted by Prof. Dr. Niklaus Schmid at the University of Zurich, and in 1994 he obtained the academic degree of «Master of Laws in European Legal Studies» (LL.M.) from the University of Exeter (UK). Until the end of 2021, he worked in the law firm Nobel & Hug for a total of almost 35 years (from 1997 as a partner).

For more than 20 years, Christoph Peter has also served as Secretary of the Board of the Lemann Foundation (with registered offices in Zurich), which was founded in 2001 and strives to guarantee access to quality public education for Brazilian children and youth of all backgrounds and to support the development of leaders committed to social change in Brazil.

He has extensive experience in domestic and international transactions and disputes. 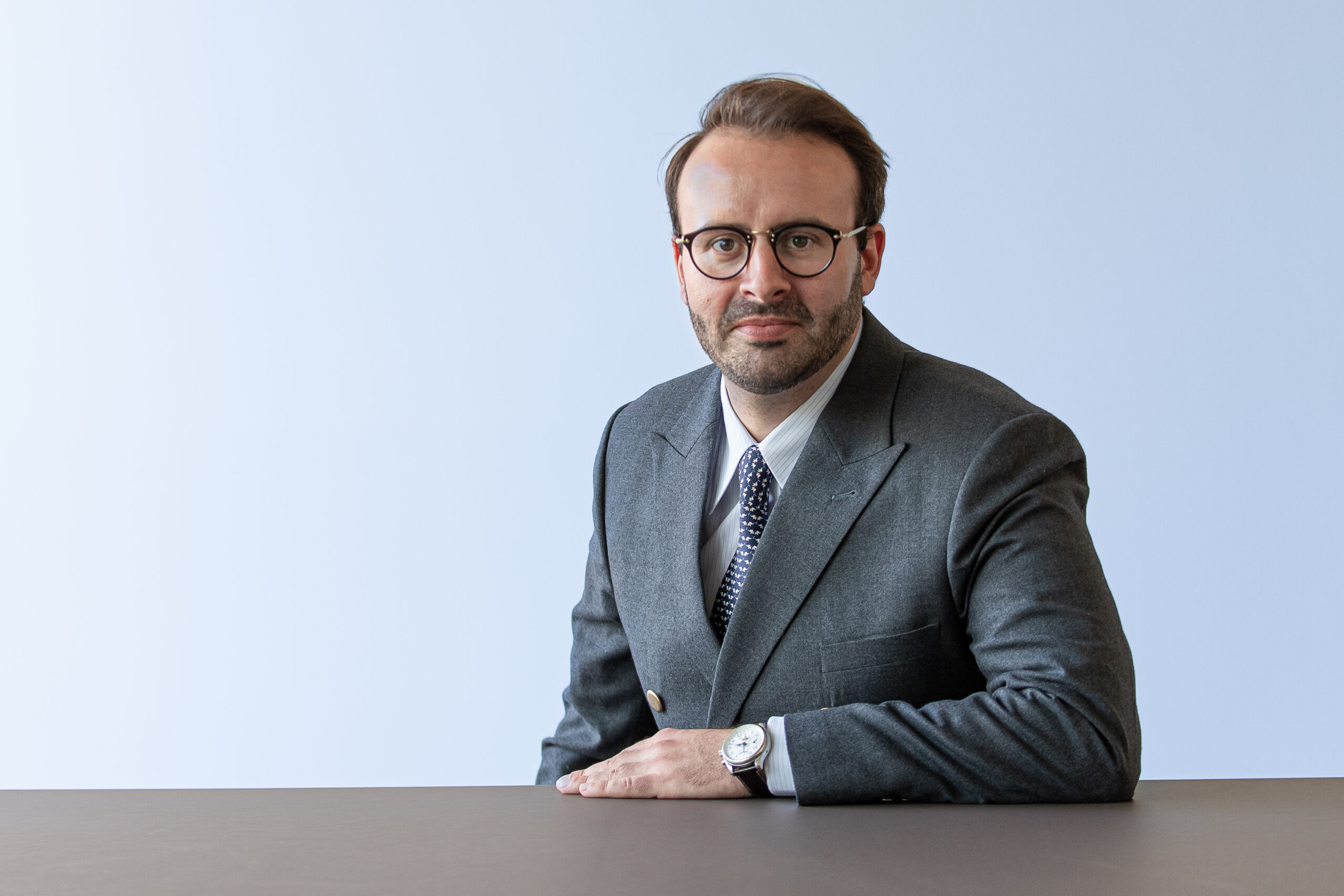 Dario Sutter studied Law and Economics at the University of St. Gallen and completed his Master’s degree in 2018. From 2016 to 2020, he worked at the University of St. Gallen as a research assistant to PD Dr. Beat Brändli and Prof. Dr. Dr. Peter Sester. In 2018, Dario Sutter started his doctoral studies in law with a research work in the field of family offices, foundations, and trusts. In addition to his work as a jurist, he is a lecturer at a vocational school.

How to get to us

The «Zurich Hardbrücke» train station (direct connections to Zurich airport) or the «Schiffbau» stop (tram lines 4 or 8 and bus lines 33 or 72) are only a few minutes’ walk from our offices. One parking space is available at Schiffbaustrasse 7. Further parking can be found in the neighbouring parking garages (e.g. «Pfingstweid», Pfingstweidstrasse 1, or «Puls 5» on Technoparkstrasse).